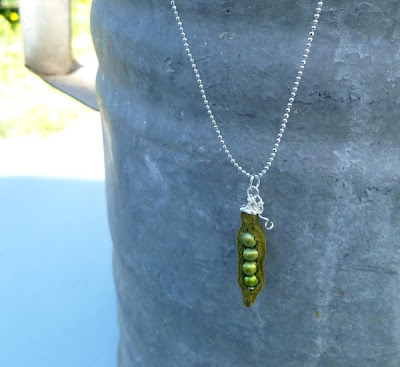 There are some things in nature that strongly represent motherhood to me, such as sweet little nests and cute green pea pods. Like my wire bird nests, I also wanted to create a unique pendant of peas. The pea part was easy, I’d simply use beads strung onto a headpin and the pod topped off with a bead cap. 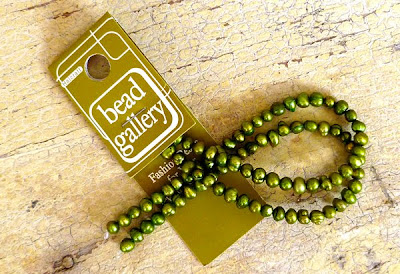 All of which I found on sale at Michael’s Crafts yesterday. 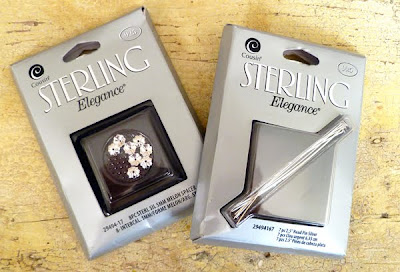 But the pod, well, that was where the hunt came in. Off to the local Goodwill, I went in search of green leather. I kept an eye out while looking through purses, pocketbooks, jackets and skirts. I wouldn’t need much as the pendant would be tiny. And lookie here! I found a pair of pea green leather shoes. Perfect! 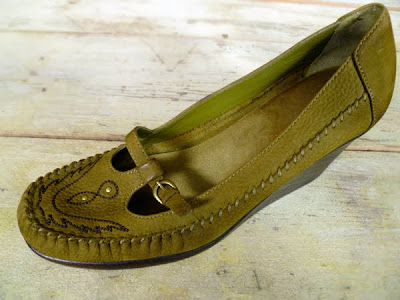 With my fabric scissors, I cut off a section of shoe. Peeled off the inside vinyl and folded in half, I trimmed out a pod with one straight side and one curved, careful to make it long enough to house the number of beads I planned to use. 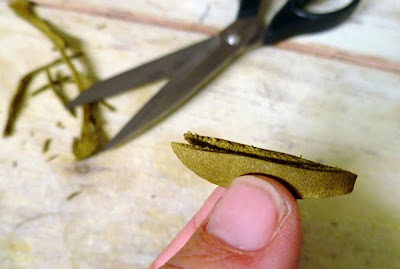 Once the pod shape was cut out, I took it to the sink and gave it a good soapy washing, because after all, it did come from a used shoe!

I used one of my sewing machine needles to pierce a hole into the fold for running the headpin through. 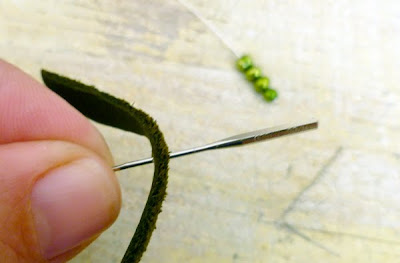 I threaded 4 beads onto a headpin, one representing each of my children. 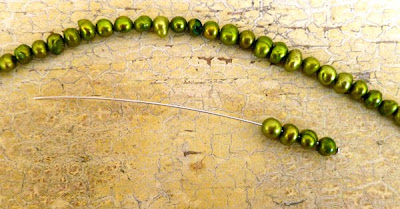 I used super glue GEL to connect the end of the pod pieces then pulled the beaded pin up through the hole. 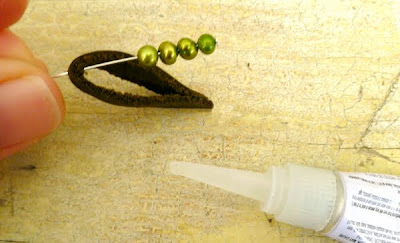 I turned it over and again with the super glue gel, (great because you can control gel so much better than the runny stuff,) I sealed up the back curved side creating a seam, allowing enough glue to also secure the backs of the tiny beads, keeping them in the pod. 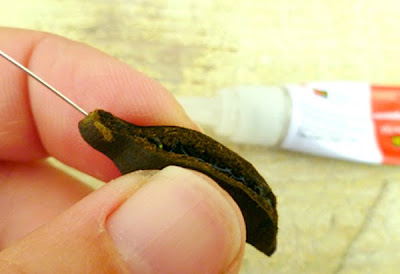 The pod was still damp from its washing, so while pressing the seam as the glue dried, I pressed the pod around the beads. As the leather dried, it molded so nicely around the peas. Once dry, it’s easy to trim out and form your pod a bit nicer with a good, sharp pair of scissors.

I attached a bead cap, made a loop for hanging and added another piece of twisted headpin (with its head removed) as an itty-bitty vine. 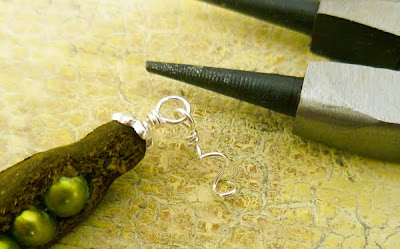 Strung onto a small silver chain, I just love it. 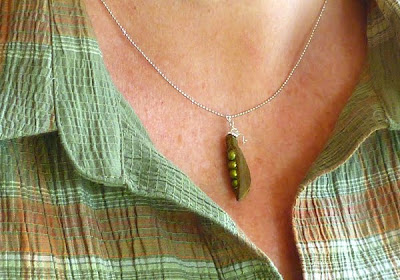 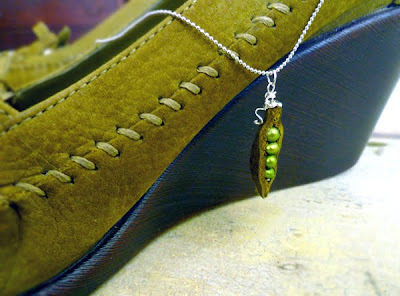 UPDATE: After posting, I went back and tinkered a bit more, this time using a piece of leather that was previously hemmed and stitched. I also pinched the bead cap onto the top of the pod and used the extending wire from the original headpin to create the little tendril instead of adding an additional one, therefor only using on headpin per pod. 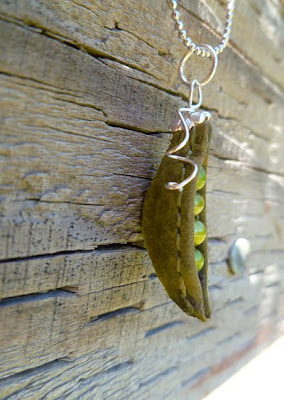 Need something to put your pea pod necklace in? Check THIS out!